Life in the spirit pt 4 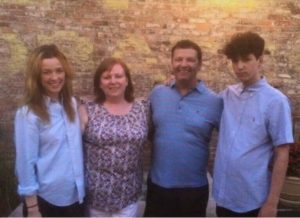 Aled and Helen have 3 children. Aled has served as the Principal of Salt & Light Ministries Bible College 2000-2005. They then lived and worked in New Zealand with the LinkNZ network, returning to the UK in 2010 where, until 2013, Aled was the Senior Leader of Community Church Derby. Since 2014 Aled has traveled extensively for his role as facilitator for 3DM ministries and offering oversight to churches in the UK and overseas. Since January 2015 they have been planting a new church in the city of Nottingham.

Aled teaches out of a burning passion for the Kingdom of God and is excited about the power of God bringing breakthrough into a church that needs him and a world that doesn’t know him.

Posted in 2015 and tagged Aled Griffith.