30 And they departed thence, and passed through Galilee; and he would not that any man should know it.

31 For he taught his disciples, and said unto them, The Son of man is delivered into the hands of men, and they shall kill him; and after that he is killed, he shall rise the third day.

32 But they understood not that saying, and were afraid to ask him.

33 And he came to Capernaum: and being in the house he asked them, What was it that ye disputed among yourselves by the way?

34 But they held their peace: for by the way they had disputed among themselves, who should be the greatest.

35 And he sat down, and called the twelve, and saith unto them, If any man desire to be first, the same shall be last of all, and servant of all.

36 And he took a child, and set him in the midst of them: and when he had taken him in his arms, he said unto them, 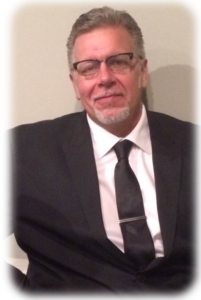 Kevin Birky is the pastor of Mulberry Tree Ministries in Kouts IN, a church which he and Lisa planted.

Kevin was part of ELC in his younger years and even in the late 2000’s for a season. They have three children Josh, Zach, and Faith. Kevin and Lisa have many strong relationships at ELC and are considered family!
Posted in 2020.